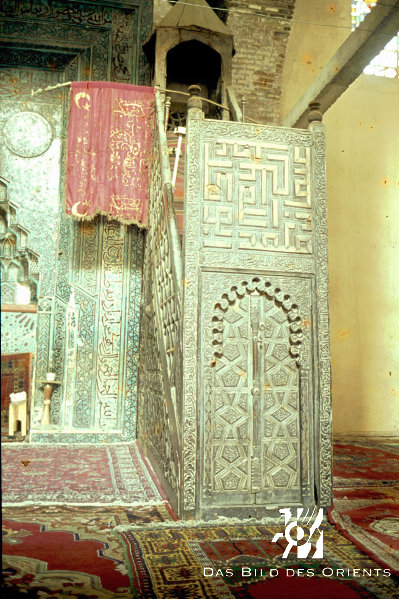 Dr. Ing.Christian Ewert (1935-2006), who did his doctorate with a thesis on a stairwell from the 18th century in Montepellier, subsequently turned to the field of Islamic architecture and became a recognized specialist in Western Islamic architecture (Islamic Spain and North Africa - the Maghrib). Spain, where he worked as an architect [Bauforscher] at the DAI (German Archaeological Institute) for many years, became his second home.

Since his habilitation at the Philosophical Faculty of the Rheinische Friedrich Wilhelms University in Bonn in the 1970s, he has held regular lectures at the Seminar for Oriental Art History (growing out of the Research Center for Oriental Art founded by Heinrich Lützeler). His lectures were supplemented by several excursions, e.g. to Spain (1982) and to Spain & Morocco (1986), which were carried out with private VW mini buses. These trips are unforgettable for all participants.

Christian Ewert was not only a gifted drawer, collector of ceramics and excellent story teller; he was, in the best sense of the word, a committed and inspiring teacher.